3 Ways to Make the Most of Each and Every Day

Wisdom that is changing me: that I have a choice in how I respond is lifesaving for me. Suleika’s writings have made a hearty indent on my insides this year.

On the universe piling on, surrender, and agency

This week was one of those where, at a certain point, I found myself thinking, “Really? This? Now?” It felt like the universe was piling on a bit too much.

Aside from my own health challenges, the news headlines—both nationally and globally—seemed exponentially more upsetting each day. Then on Thursday, Jon tested positive for covid. It was only two days before the debut of his opus American Symphony at Carnegie Hall. He spent years pouring himself into this project, working harder on it than anything I’ve ever seen, and I was so proud and excited for him. To be honest, I was excited for myself too, since I’d gotten the all-clear from my doctors to attend, and it was going to be my first time at a public gathering in six months. My dear pal Behida was going to be my date, and she’d even made us special outfits for the occasion: a tuxedo for her, for me a lovely charmeuse shirtdress. And just like that, the concert was postponed, and Jon was going into quarantine, and an anticipated joy was replaced with huge disappointment and fear and a veritable logistical nightmare. (Don’t worry—it’s been a rough couple of days, but everyone’s okay, and he’s on the mend.) Never a dull moment in the Jaouad-Batiste household!

Years ago, I might have taken the piling on personally. I might have allowed myself to become overwhelmed, subsumed by the wave of hard things. In such circumstances, it can seem like you have no agency at all, that there’s nothing you can control, that life is happening to you. In difficult moments, I often think back the Austrian psychiatrist and Holocaust survivor Viktor E. Frankl’s book Man’s Search for Meaning. In it, he chronicles his experience in Nazi concentration camps and reflects on what makes life worth living and how humans can preserve independence and spiritual freedom even in the worst circumstances. And what it comes down to is believing in our own agency, recognizing that in every circumstance, if nothing else, we can control how we respond.

I first read Man’s Search for Meaning back in 2016, as I was struggling with the realization that I might be stuck forever in that liminal space between the kingdom of the sick and the kingdom of the well. Maybe I couldn’t airlift myself out of it in the exact way I’d hoped, but even in the in-between, there was so much I could do.

For the last several years, this has been my guiding philosophy, and it’s been especially crucial in the last few months, as I’ve reentered treatment for leukemia. From navigating covid outbreaks, to unscheduled breakdowns of the body, to biopsy results, to new physical limitations, so much is out of my control. But in how I respond, I have so much agency, so much power—whether it’s choosing to paint when writing seems beyond me, or delighting in the foods I can eat rather than feeling sad about the ones I can’t, or planning a makeshift living-room wedding the night before I was admitted to the bone marrow transplant unit.

I had the chance to go into this a little deeper in the latest installment of Dear Susu, where I wrote about the way illness and creativity are intertwined—how denizens of the kingdom of the sick must reimagine our way of being in the world and being with our loved ones. That sense of agency is vital right now; it’s what allows me to endure. Rather than feeling like life is happening to me, I am actively shaping it. While I can’t change what’s happening in my marrow, I know now that I can work so many other kinds of magic.

Pulling rabbits out of hats,

What I’m relistening to for the 6th time: a new line impacts me each time. The author’s voice, the music and words are soothing companions as I drift off to sleep. 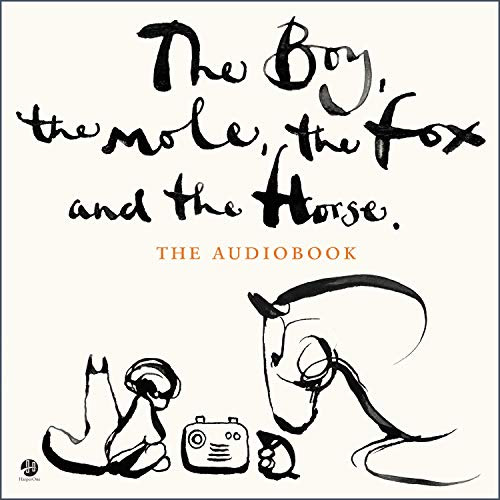 What song I have on repeat: remarkable how Wynonna performed this heartfelt encouraging song soon after her Mom’s transition. (song starts at 4:20)

What I’m pondering this month: