Come join us at Kripalu!

How to Feel Your Feelings and What That Will Do for Your Life (Everything!) 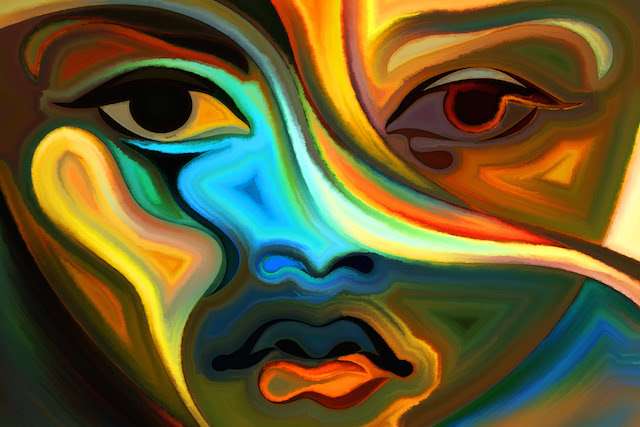 “You care so much you feel as though you will bleed to death with the pain of it.” ~JK Rowling

Sometimes the last thing we want to do is feel our feelings. Because feeling can hurt.

Feeling can make you cry in the laundromat.

Feeling can make your face unattractively red in the frozen food aisle.

Feeling can make you think this whole being human racket is not the best way to spend your time.

If you’ve been stuffing your feelings back into your rib cage whenever they try to break for the light, this is especially true. I know, because this is exactly what I did with my feelings for thirty-three long years.

Oh, those crafty feelings would make the occasional jail break, and then I’d vibrate with a nameless rage that ended in cell phone destruction when technology met brick wall. Or I’d start screaming and yanking at my clothes—yes, actual rending of garments—because the rush of pain was too intense to contain within my frame.

My mom is fond of saying that, for the first few years of my life, she thought she was raising a monster. As an empath in a house where emotion was treated like a ticking bomb, I was feeling emotions for the entire family, and all those feelings were processing through my eyeballs and via my vocal chords.

So I learned to stifle my sensitivity and emotion in a well-meaning but mistaken effort to protect those around me. Many of us do.

We learn that emotions aren’t safe.

We learn that crying is not appreciated.

We learn that life runs more smoothly when we pack our emotions into our spleen and forget about them.

It wasn’t until my father landed in the hospital thirty years later that my personal emotional apocalypse began.

Trapped in a hospital bed, unable to move, all the feeling and empathy my father had successfully stifled for seventy years—with work, wine, and science fiction novels—rose up to claim him. He couldn’t bear to be in his body any more, so he stopped eating until he didn’t have to be.

Pressing play on his favorite John Coltrane track or reading his favorite passages, not sure what he could hear through the morphine haze, the solidity of my emotions began to crack.

As we waited for my father to die, I roamed the hospital halls and spilled coffee on the pristine floors, feeling like I would jump out of my skin. Since writing was the only means I had of processing emotion at the time, I began to record my experiences on Twitter. Never before had I experienced such a rush of love and support.

The cracks began to widen.

After his death, my tenuous yet carefully clutched emotional control completely unraveled.

As I began to lean into the cleansing rush of feeling, rather than running determinedly the opposite direction, life began sending me the experiences I needed to learn how to surf the wave of the emotional onslaught.

I learned how to greet my feelings as friends rather than as a nameless beast out to destroy my life—or at least my morning.

I learned where emotions would hide in my body, lurking between my ribs or huddled in my belly.

I learned how to allow the literal physical feeling of my emotions to burn itself out, by simply feeling the sensation instead of judging it or make it mean something.

I learned how crucial it was to feel my way through my emotions so that I could connect with my inner wisdom.

Devoting myself to processing my feelings, rather than letting them build up until they drained me, began to shift and transform my life.

Depression became a distant memory. I stopped feeling the need to drink, heavily or at all. Quitting sugar became easy, unless I was in the first throes of grief.

(Any necessary grieving process buys me a few months of sugar, low energy and crankiness be damned. When I’m grieving, I won’t have energy or optimism anyway, so may as well eat red velvet cupcakes.)

When I try to pin down exactly how I learned to shift and flow with my feelings, rather than strapping them into concrete shoes and tossing them into my stomach, this is what shows up:

Every feeling has a message.

Maybe that message is simply to allow yourself to feel the emotion until it dissipates. Maybe the feeling is guiding you toward some action.

Once, when a boyfriend and I were talking about moving in together, fear and anxiety began flying through my body like cocaine-addled pinballs for no apparent reason. In other words, I started flipping out, which didn’t make any sense, given that this was something I’d been wanting.

When I began to explore the onslaught, I realized that there were deeper issues we needed to delve into before taking that step.

If something persists—anger, fear, anxiety—simply ask it what it wants to tell you. Sit quietly and allow the answer to appear. When you feel peaceful, you have your answer, whether or not you like what that answer says.

Processing your feelings gives you access to your own inner wisdom and innate creativity.

If I sit down to write and nothing comes, I hunt down any feelings that I’ve been avoiding. Sometimes I’ll need to abandon work to roam the beach and cry. Sometimes I’ll give the feeling five minutes of attention and get back to work.

You already have all the answers you will ever need inside of you—and your emotions are a primary vehicle for those answers. Learning the language of your feelings will give you your own personal Sherpa through life.

All this feeling you’re carrying around may not be yours.

Sensitive, empathic people are the proud recipients of a double whammy. You’re not just carrying around your emotions, you’re also carrying the emotions of people you walked past in the grocery store, the homeless woman you spoke with on the corner two years ago, the friend who vented last week.

Your own emotions may be crowded by the emotions of others that you absorbed unconsciously, sometimes by simply walking past them in the street.

Learn how to clear the emotions of others from your field. One way to do this is to imagine roots extending from your feet into the center of the earth. Send all the emotion and energy that doesn’t belong to you down those roots and into the earth. Feel it draining out of your field and into a place where it can be transformed. Do it daily.

Feeling your emotions brightens your life, both internally and externally.

You already have every answer you will ever need inside of you; you just need to learn how to access that information. Answers about your relationships, your life direction, how to take care of your health, how to move toward what you want. Translating what your feelings are trying to tell you provides a direct conduit to your own higher wisdom.

It may take time and sustained attention to clear out what you were in the habit of stuffing down, but the more you lean into whatever is asking to be seen, the more your life will open and expand.

Brain gremlins won’t have as much sticky emotion to latch onto and they’ll become easier to gently set aside. What once felt heavy and overwhelming will feel light.

And everything will change.

An insightful discussion with my new friend and colleague (and hsp expert), Alane Freund.

What You Missed that Day You Were Absent from Fourth Grade

Mrs Nelson explained how to stand still and listen

to the wind, how to find meaning in pumping gas,

how peeling potatoes can be a form of prayer. She took

questions on how not to feel lost in the dark.

After lunch she distributed worksheets

that covered ways to remember your grandfather’s

without feeling you had forgotten to do something else-

something important-and how to believe

the house you wake in is your home. This prompted

how to chant the songs during cigarette breaks,

and how not to squirm for sound when your own thoughts

are all you hear; also, that you have enough.

The English lesson was that I am

is a complete sentence.

And just before the afternoon bell, she made the math equation

look easy. The one that proves that hundreds of questions,

and feeling cold, and all those nights spent looking

for whatever it was you lost, and one person

add up to something.

In Awe of You and Trait

I had the luxury of being surrounded by over 50 of you last weekend. There was an energy in the room an enchanted forest couldn’t offer. Although I was there to work and support Elaine it was you who taught me how brilliant, textured, beautiful, mysterious, hearty, and transformative this trait is. Your questions, experiences, tears, fears, and ears reminded me we have something inside us that holds power to change the world and deeply impact each other. Thank you. I can’t wait to meet more of you and see many of you again.